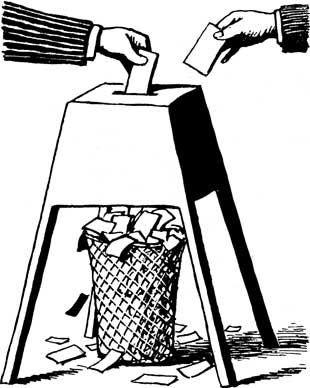 Out of 90 election integrity lawsuits that have been decided, only 25 were decided on the merits of the cases, and Trump or Republicans prevailed in 18 out of those 25 cases. Click here for the full breakdown of the cases.

It's frustrating to hear people on the Right, including some who should know better, claim there's "no evidence" of significant, possibly outcome-changing fraud in the last presidential election — even as the forensic audit in Arizona uncovers multiple discrepancies.

Clearly, they're confusing "evidence" with "proof."

No, there may not be absolute, incontrovertible proof of election fraud — yet.  But there is plenty of evidence, good reasons a rational person might question the outcome.  Here are ten that come to mind, in no particular order:

Eyewitness testimony.  Since November 3, hundreds of people have come forward to report that they personally witnessed various irregularities in the vote-counting process: ballots run through tabulating machines multiple times; "pristine" mail-in ballots; ballots that appeared to have been printed on different paper or filled out by machines — the list goes on.