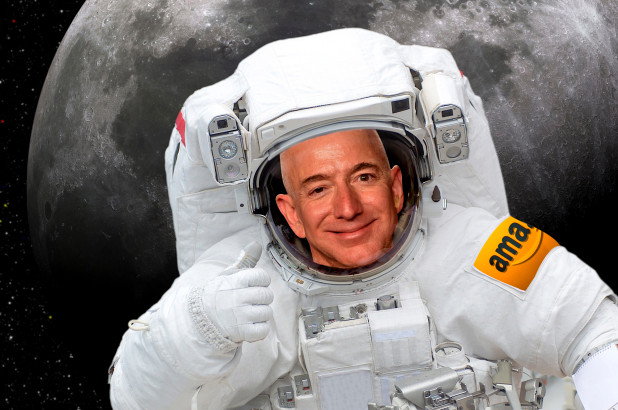 JEFF Bezos has offered Nasa $2 billion in exchange for a contract to allow astronauts to land on the moon.

The Amazon founder made his offer to administrator Bill Nelson in an open letter on Monday, a week after his own historic rocket launch.

Billionaire Bezos wrote: "Blue Origin is committed to building a future where millions of people live and work in space to benefit the Earth.

"We are convinced that, to advance America's future in space, NASA must now quickly and assuredly return to the Moon. This is why Blue Origin answered NASA's urgent call to develop a Human Landing System.

"I believe this mission is important. I am honored to offer these contributions and am grateful to be in a financial position to be able to do so.

"This offer is not a deferral, but is an outright and permanent waiver of those payments."

In April this year Nasa chose Elon Musk's SpaceX to build the lunar lander that will eventually put the first woman and person of color on the moon.

Musk's Starship beat out landers proposed by Bezos' Blue Origin and Dynetics, a subsidiary of Leidos. The contract is worth $2.89 billion.

Bezos added: "Instead of this single source approach, NASA should embrace its original strategy of competition.

"Without competition, a short time into the contract, NASA will find itself with limited options as it attempts to negotiate missed deadlines, design changes, and cost overruns."