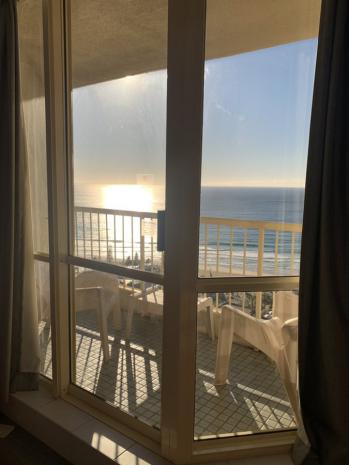 National Rugby League (NRL) players and their families have been banned from their balconies and ordered to tape them shut to stop Covid in parts of Queensland, Australia.

Australian health officials imposed the draconian measures on NRL families in quarantine hubs in Brisbane, Gold Coast, and Sunshine Coast after photographers took pictures of residents passing items such as ice lollies and marshmallows to each other from their balconies.

"You would have seen that imagery of the family hotel where they were sharing goods between verandahs… This is too risky," railed the Chief Health Officer for Queensland, Dr Jeannette Young, in comments quoted by Daily Mail Australia — which boasts of having "alerted Queensland Health" about the "breaches" in the first place.

New reports show the lengths to which the authorities are willing to go to enforce what critics have described as a ban on "fresh air", with Emma Lawrence of 9News Sydney saying that residents have been instructed to tape their balcony doors shut and provide photographic evidence of having done so.