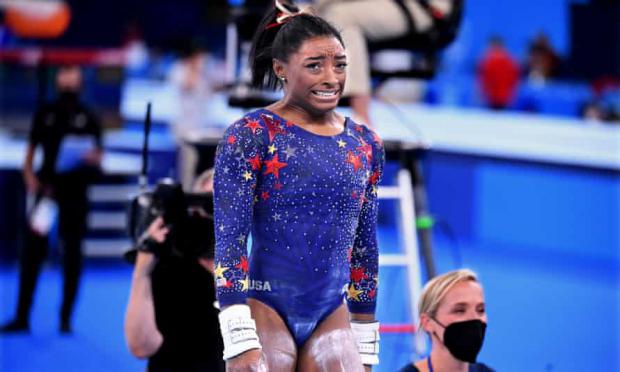 Biles, speaking to reporters after the United States was beaten by Russia, said she "just felt like it would be a little bit better to take a back seat, to work on my mindfulness."

Biles said she suffered no physical injury, despite Team USA saying earlier she was out due to "a medical issue."

"That's why I took a step back, because I didn't want to do something silly out there and get injured," she said, calling the Olympics "really stressful."

"We had a workout this morning. It went okay. And then just that five and a half hour wait or something, I was just like shaking, could barely nap. I've just never felt like this going into a competition before and I tried to go out here and have fun and warmup in the back went a little bit better. But then once I came out here, I was like, 'No, mental is not there.' So I just need to let the girls do it and focus on myself," she said at the post-competition press conference.

The team went on to win silver, losing to Russia. Britain took bronze.

The sudden decision to withdraw despite not being injured proved divisive, drawing some support and some criticism.