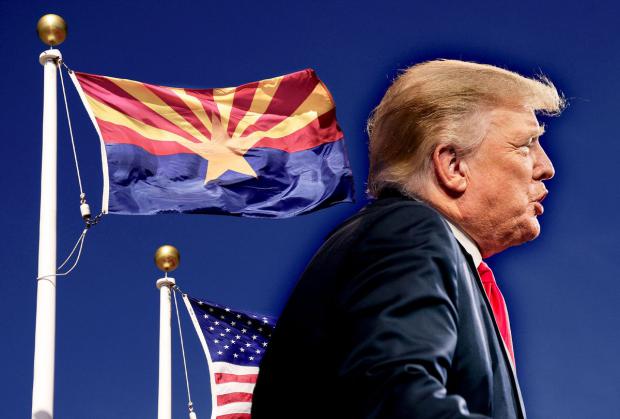 There is enough evidence to send some to prison for election fraud. Arizona could be the first domino to fall in exposing to the nation that the 2020 election was stolen.

Arizona's audit is the last hope for America. If the audit is successful in demonstrating massive voter fraud, sufficient enough to overturn the election in Arizona, this will set off a domino effect in other states and will result in America taking to the streets and forcing the courts to install Trump as the President. HOWEVER, IF THE AUDIT LEADERSHIP CONTINUES TO HAVE THEIR HAND ON THE "CHICKEN SWITCH", THE DEMOCRATS WILL PASS HR 1 AND PERMANENTLY TAKE CONTROL OF THE COUNTRY'S ELECTIONS.

Stalin once stated, "I don't care who votes, I only care about who counts the votes." The ghost of Stalin has appeared over Veterans Memorial 's Coliseum and is imposing his communist will over State Senate President Karen Fann who is single-handedly undermining the excellent efforts of the audit team. The facts don't matter to Karen. The dire implications for the country's welfare. Her oversight of the audit process, along with her announced goal to not alter the election no matter what the election audit tells the public that this is the Warren Commission 2.0 and Karen Fann is as much of a traitor to this country as Allen Dulles was to America in 1963.

Fann has repeatedly told The Gateway Pundit that we hope to use the election audit to prevent the same thing from happening in 2022. However, and very early on in the process, Fann stated that we are not trying to overturn the election. Then, why the hell do an audit while spending $8 million dollars of taxpayer dollars? After all, if someone breaks into your store and steals the merchandise and the crime is solved and the property is recovered, then isn't the property returned to the rightful owners?