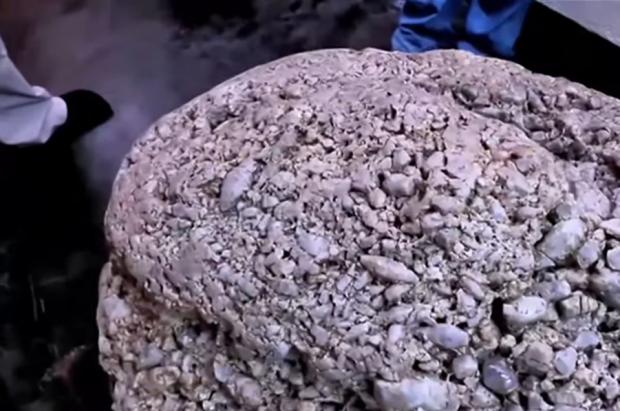 A star sapphire cluster worth up to $100million has been discovered in a Sri Lankan man's backyard by workmen who were digging a well.

The pale blue stone was found in the garden of gem trader Mr Gamage in Ratnapura, south Sri Lanka.

It weighs 510kg, a total of 2.5million carats, and was named the 'Serendipity Sapphire', the BBC reported.

Mr Gamage, who only gave his first name for security reasons, said he 'stumbled upon this huge specimen' after workmen told him they had uncovered some rare stones.

The find turned out to be a sapphire cluster, a group of stones bound together by mud or clay.

Authorities took more than a year to certify the gem after spending months clearing the stone of mud and other impurities.

Blue star sapphires are known for having a star in the middle due to a light reflection phenomenon called asterism.

The Ratnapura region is known for producing high quality gems and several other valuable stones have been discovered in the area.

The country's gem industry, a world leader, has suffered as a result of the Covid-19 pandemic, but experts hope the newly found stone will bring a much needed boost.

'Given the size and its value, we think it will interest private collectors or museums', Thilak Weerasinghe, Chairman of the National Gem and Jewellery Authority of Sri Lanka, said.

He added the cluster was 'probably the biggest in the world'.