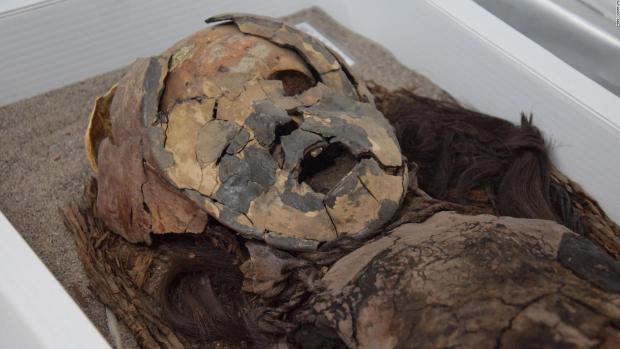 The Chinchorro mummies of northern Chile, the oldest in the world purposefully preserved by humans, have been added to UNESCO's World Heritage List.

The mummies, found at the start of the 20th century, are more than 7,000 years old—pre-dating the more famous Egyptian mummies by some 2,000 years.

During the 44th session of the World Heritage Committee, held online from Fuzhou, China, the United Nations Educational, Scientific and Cultural Organization announced Tuesday it had added the 'settlement and artificial mummification of the Chinchorro culture' to the prestigious list.

'UNESCO is validating on an international level, through different experts, that the settlements and artificial mummification of the Chinchorro culture has exceptional value, that it has a global importance,' Chilean anthropologist Bernardo Arriaza told AFP.

According to a statement on the UNESCO website, three sites associated with Chinchorro mummification have been added: Faldeo Norte del Morro de Arica and Colón 10, both in Arica, and Desembocadura de Camarones, a village about 60 miles south.

'Together they bear testimony to a culture of marine hunter-gatherers who resided in the arid and hostile northern coast of the Atacama Desert in northernmost Chile from approximately 5450 BC to 890 BC,' the organization said.

'The property presents the oldest known archaeological evidence of the artificial mummification of bodies with cemeteries that contain both artificially mummified bodies and some that were preserved due to environmental conditions,' UNESCO added.

The preserved corpses 'possess material, sculptural, and aesthetic qualities that are presumed to reflect the fundamental role of the dead in Chinchorro society.'

Genetic Study Maps When and How Polynesians Settled the Pacific Islands