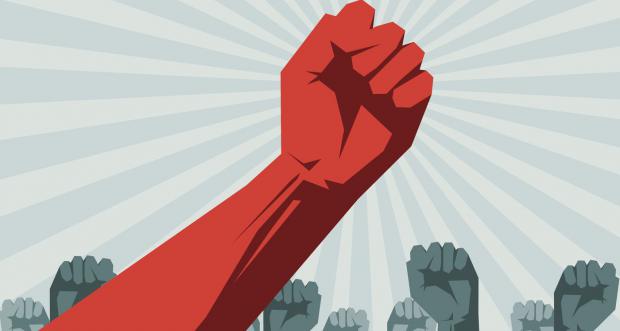 He had published The Communist Manifesto— a short, 23-page pamphlet– the previous year in 1848. But as yet it had failed to catch on.

Marx was operating a fledgling newspaper in Germany at the time. But he kept getting in trouble with the German tax authorities for failure to pay taxes.

(This taxation double-standard still exists today. Marxists LOVE high taxes… but only if they're not the ones paying.)

That's why Marx was forced to leave Germany (technically Prussia) in 1849– after having also been previously expelled from France and Belgium too.

Marx infuriated the local authorities so much, in fact, that he was also denied Prussian citizenship. This made him officially stateless.

And in an ironic twist of fate, Marx ended up in Great Britain– the wealthiest country in the world at the time, and the birthplace of modern capitalism.

The reason was simple: Britain had few barriers to entry for immigrants– something that was quite rare in the 19th century.

Thousands upon thousands of refugees, exiles, and radicals immigrated to London as a result. Marx was among them.

Yet the fact that he had benefited from the laissez-faire policies of this free market society did not change Marx's views on capitalism. He still hated the system and blamed it for everything that went wrong.

Marx and his family lived in abject poverty in their earliest years in London. He constantly had debt collectors knocking on his door, and landlords routinely evicted him from his home.