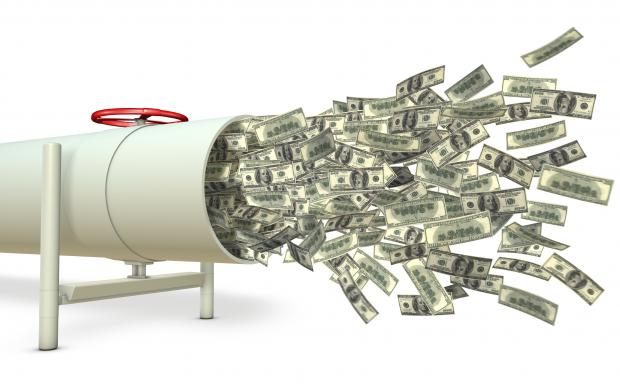 The grassroots environmental advocacy group 350.org on Tuesday launched the "Fossil Free Federal Reserve" campaign, demanding the Fed codify its climate responsibility and calling on U.S. President Joe Biden to appoint a chairperson who is a "climate champion."

The new campaign — part of a global effort to press banks, financial institutions and insurers to "stop the money pipeline to fossil fuels" — is demanding that the Federal Reserve end bank fossil fuel financing by using existing regulations. It also calls for an alignment of Fed spending and purchasing with the Paris climate agreement's more ambitious goal of limiting global temperature rise to 1.5°C.

Furthermore, the campaign asks the Fed to encourage financial institutions to make investments "aimed at limiting global temperature rise to 1.5°C, with a particular emphasis on lending to low-income communities and communities of color."

"Building a Fossil Free Federal Reserve is a key tool in our climate recovery toolbox," Tracey Lewis, 350.org's senior climate finance policy analyst, said in a statement. "We're launching this campaign because climate chaos is a disaster for all of us, including the economy. Not only does the Fed have legal authority to stop fossil fuel finance — it's their responsibility."

The campaign is timed with an eye on the end of Federal Reserve Chair Jerome Powell's term in February 2022. Biden is expected to announce his pick for Powell's successor — who must be confirmed by the Senate — as early as September. More than 20,000 people have signed a petition at 350.org urging the president to "nominate a climate leader" as the next Fed chair.