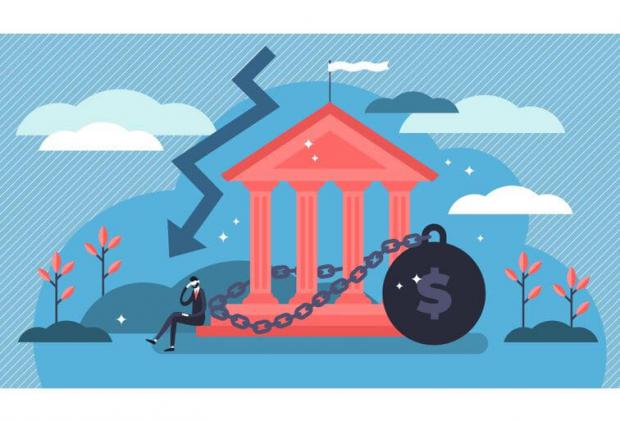 Unless Congress extends this Act or raises the official debt limit, starting on August 1, 2021 Uncle Sam will only be able to spend what he takes in, in taxes. The thought of living within a balanced budget sends a frightening shiver down almost every politician's spine.

In its July 2021 report on the "Federal Debt and the Statutory Limit," the Congressional Budget Office (CBO) explains that at the time the Bipartisan Budget Act was passed in the summer of 2019, the Congressionally approved debt limit stood at $22 trillion. The Act specified that that debt level would come back into effect as of July 31, 2021, plus any and all additional debt accumulated between those two dates. As of June 30, 2021, the federal government had added an extra $6.5 trillion of debt over the previous two years, bringing the outstanding national debt to over $28.5 trillion.

Through various budgetary gimmicks similar to those used by the U.S. Treasury in the past when the debt ceiling has been reached and before Congress has lifted that limit to a higher level, the CBO estimates that the Treasury has enough cash on hand and the potential for internal account juggling to keep spending more than will be taken in as taxes until October or November, or about halfway through the first quarter of the 2022 federal budget year that begins on October 1, 2021. After that, the president and the Congress would have to operate within the collected tax revenues.

Clearly, this is a fate worse than death to those in the halls of political power who win and hold government office by promising to various constituent groups that they will happily spend other people's money on them if only they will contribute dollars for election campaigns and cast their ballot for them on Election Day.