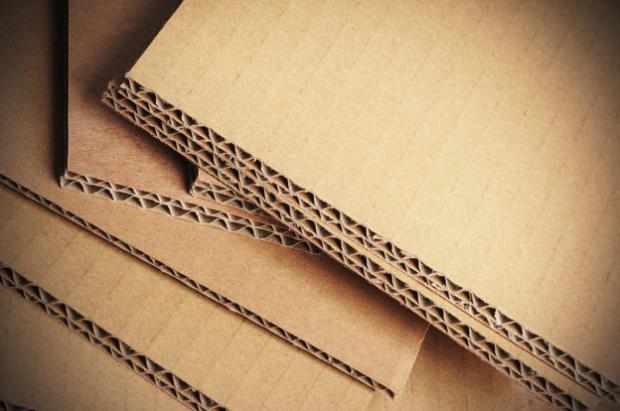 The rise and pandemic spike of e-commerce sales has had widespread effects on the economy, from the closure of retail stores to the spread of fulfillment warehouses to the ubiquity of last-mile delivery services. It has also meant that the world is using a lot more boxes.

According to new research from the commercial real estate company Newmark, the rise of e-commerce is fueling another kind of boom in the factories and warehouses that produce and distribute packaging: Plastic bags, padded envelopes, and classic corrugated cardboard are in growing demand, and so are spaces where these items are produced.

"An e-commerce sale requires seven times more boxes per dollar sale than a brick-and-mortar retail purchase," says Mark Russo, associate director and lead author of the Newmark report. "You can see with that one stat why the packaging world is changing."

Corrugated cardboard is a big part of the boom, representing 80% of the packaging used for online orders. The report says that about 407 billion square feet of corrugated cardboard was produced in the U.S. last year—enough to completely cover the combined land area of New Jersey, Connecticut, and a bit of New York. That's up from about 390 billion square feet the previous two years, and represents a high point in a decade-long upward trend in cardboard production. Newmark anticipates the growth will continue, with an estimated 3.5% annual increase over the next five years. More cardboard means more cardboard factories.

"For every additional billion square feet, we believe that will require an additional 250,000 square feet of industrial real estate space. So we think that will have a pretty significant impact on the market for the next few years," Russo says. "I think it's the biggest trend that nobody's talking about yet."

Newmark has been tracking some of the biggest expansions in the packaging world, and just the top 10 from 2020 and 2021 so far add up to more than 5.5 million square feet of packaging facilities. Russo says these facilities can take up existing warehouse space, or be newly built clusters of buildings, with some focused on manufacturing and others focused on warehousing the commodities before they ship out.