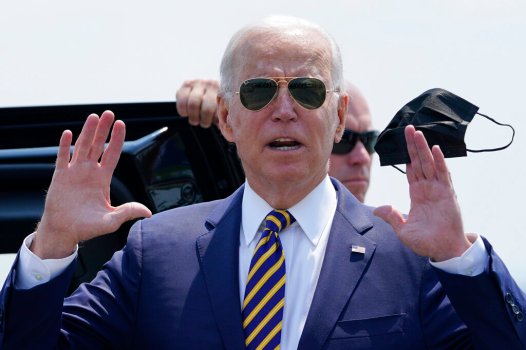 There is a high likelihood of a new round of litigation as pressure builds for new mandates and even lockdowns.

Just before this column ran, CDC Director Rochelle Walensky was asked by Fox host Bret Baier "Are you for mandating a vaccine on a federal level?" She responded "That's something that I think the administration is looking into." Later she reversed herself by saying "I was referring to mandates by private institutions and portions of the federal government. There will be no federal mandate." It was a telling response because she was asked about a federal mandate directly. She now says she meant to say a privately enforced mandates is what they are thinking about. The reversal may be a problematic as the original. It would confirm that the Biden Administration is using private companies as a type of direct surrogate for a public mandate.

"They didn't get vaccinated." Those words from President Biden summed up why his administration made a critical shift in its COVID policies, from mask recommendations to mandatory shots for federal workers. And that represents a third stage of government policy, toward a more confrontational approach to "them" — the increasingly demonized unvaccinated class that is roughly half of America.

But this stage could face legal challenges in coming weeks, as citizens and some states push back on mandates.

This month was a clear break from persuasion and a step toward coercion in dealing with those who refuse to be vaccinated. Even the normally staid Centers for Disease Control and Prevention (CDC) is ramping up its rhetoric, declaring that the "war has changed" due to the Delta variant. For some, however, there is concern that Biden's "they" is a declaration of war on them.