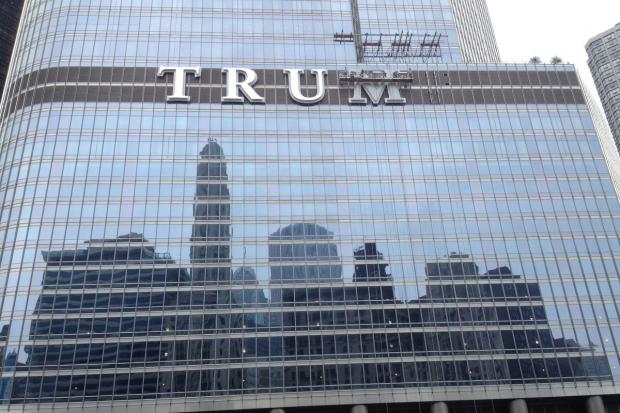 The office of Cook County State's Attorney Kimberly Foxx filed a lawsuit with the Illinois Appellate Court on July 9 disputing the refund, noting that the money would come out of the property taxes due to the city of Chicago, the Chicago Public Schools and several other government agencies.

The lawsuit comes after the board ruled in a 5-0 vote in June that the former president is owed a total tax refund of $1.03 million as the value of the Trump International Hotel & Tower had been overassessed.

The tax agency ruled that the "Cook County Board of Review overestimated the value of the building's hotel rooms and retail space," the Chicago Sun-Times reported.

The Epoch Times has reached out to the Trump Organization for comment.

The dispute over the tax bills on the high-rise building is the latest chapter in a long-running legal battle over Trump's tax bills that started more than 12 years ago and has led to more than $14 million in tax breaks for the former president.

The agency delayed acting on the case until Trump was out of office and in June voted to reduce the assessment on the building's commercial property.

This comes as the Department of Justice said that tax officials must hand over Trump's tax returns to a congressional panel, after a lawyer in the department's Office of Legal Counsel on July 31 reversed a 2019 decision that said they didn't have to be given to Rep. Richard Neal (D-Mass.), chairman of the House Ways and Means Committee, because Neal was "disingenuous" about the true purpose of seeking the returns.

After Trump was elected in 2016, a number of Democrats have attempted to obtain his tax returns. The former president has refused to release them to the public.