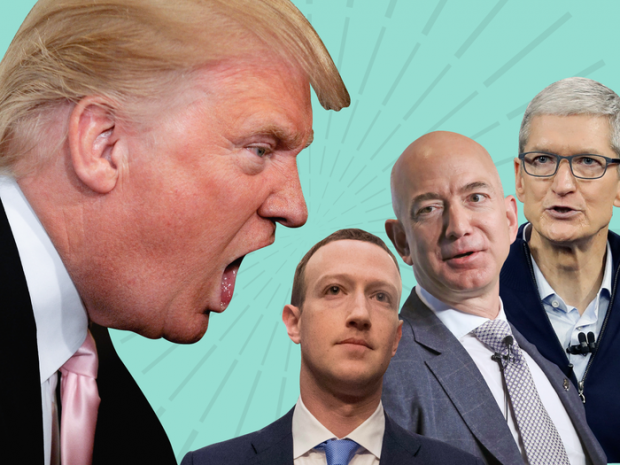 According to the America First Policy Institute (AFPI), Trump's July 7 lawsuit against Facebook, Twitter, and Google is adding "additional censorship experiences" from some of the nearly 65,000 people who submitted them to the institute.

Trump said at a July 7 press conference outlining his plans for the legal action that he expected thousands of people would join his lawsuit. Several people invited to speak at the press conference shared their experiences of what they said amounted to censorship by social media platforms.

"Joining us this morning are just a few of the many Americans who have been illegally banned or silenced under the corrupt regime of censorship," Trump said at the time.

"These brave patriots are included in the lawsuit and thousands more are joining as we speak. Thousands more. They're all wanting to join. This will be, I think will go down as the biggest class action ever filed," Trump predicted.

AFPI said in its statement that Trump's amended complaint includes "additional censorship experiences and incorporates additional class representatives, including Dr. Naomi Wolf and Wayne Allyn Root—individuals on opposite ends of the political spectrum who highlight the bipartisan need to protect the thoughts and voices of all Americans, regardless of political affiliation."