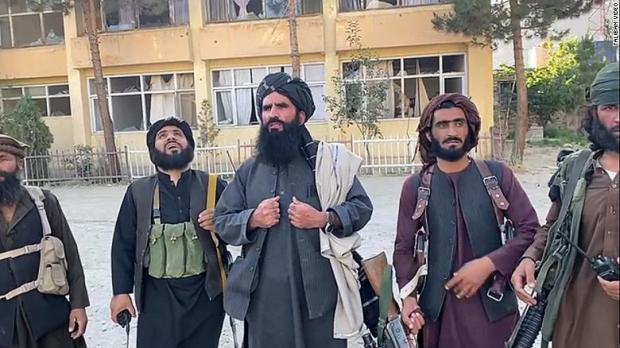 So this is the way the Forever War in Afghanistan ends – if one could call it an ending. Rather, it's an American repositioning.

Regardless, after two decades of death and destruction and untold trillions of dollars, we're faced not with a bang – and not with a whimper, either – but rather with a pic of the Taliban in Tianjin, a nine-man delegation led by top political commissioner Mullah Abdul Ghani Baradar, solemnly posing side by side with Foreign Minister Wang Yi.

Lateral echoes of another Forever War – in Iraq – apply. First, there was the bang: the US not as "the new OPEC," as per how the neo-con mantra had visualized it, but with the Americans not even getting the oil. Then came the whimper: "No more troops" after December 31, 2021 – except for the proverbial "contractor" army.

The Chinese received the Taliban on an official visit in order once again to propose a very straightforward quid pro quo: We recognize and support your political role in the process of Afghan reconstruction and in return you cut off any possible links with the East Turkestan Islamic Movement, regarded by the UN as a terrorist organization and responsible for a slew of attacks in Xinjiang.

Chinese Foreign Minister Wang explicitly said, "The Taliban in Afghanistan is a pivotal military and political force in the country, and will play an important role in the process of peace, reconciliation, and reconstruction there."

This follows Wang's remarks back in June, after a meeting with the foreign ministers of Afghanistan and Pakistan, when he promised not only to "bring the Taliban back into the political mainstream" but also to host a serious intra-Afghan peace negotiation.

What's implied since then is that the excruciatingly slow process in Doha is leading nowhere. Doha is being conducted by the extended troika – US, Russia, China, Pakistan – along with the irreconcilable adversaries, the Kabul government and the Taliban.