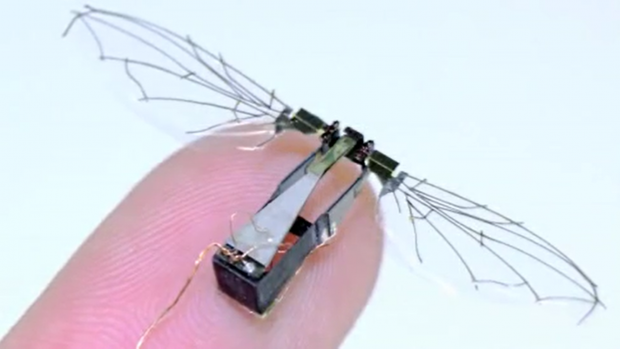 The US Air Force says it's developing microdrones that can flap their wings and change wingbeat mid-flight.

The organisation's elite research lab is working with designers from Airion Health LLC to prototype a remote-controlled mini air vehicle that can imitate either insect or bird flight, for surveillance purposes.

The microdrone will have the ability to change velocity without the support of a high-powered computer, according to a service release that states the team are using a 2014 patent for their project.

"Controllable forces would be generated by the wings based on position and velocity profiles, resulting in time-varying wing upstrokes and downstrokes, which, at times, may be asymmetrical," the release states.

The microdrone could be used for surveillance in the field or over military bases; or to stake out targets before personnel or other aircraft get to the battlefield, military.com reported.

The release also states that Arion and the Air Force Research Lab will develop a workable "micro air vehicle," or MAV, by early next year.

In January this year the service signed a non-exclusive patent license agreement, or PLA, with Airion for the licensing of the government-owned invention.