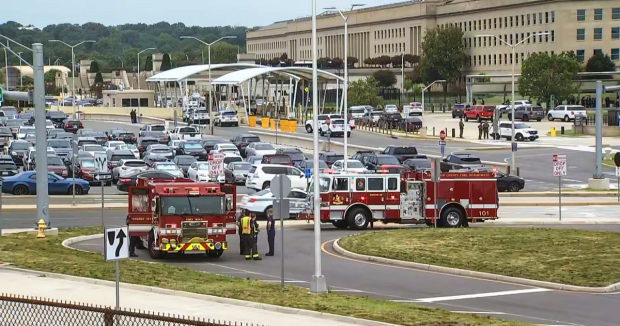 Update (1203ET): About an hour and a half after the first reports of a shooting incident outside the Pentagon Transit Center, the Pentagon has released a statement that says the incident area is "secure."

The scene of the incident is secure. It is still an active crime scene. We request that everyone stay away from the Metro rail entrance and bus platform area. Transportation at the Pentagon is diverted to Pentagon City. -Pentagon

Update (1151ET): NBC Washington reports multiple people were wounded outside the Pentagon Transit Center around 1030 ET after a shooting incident.

FOX5DC reports one of those injured was an "officer."

The Pentagon remains in lockdown.

The Pentagon is currently locked down due to a shooting incident at the Pentagon Transit Center. Details are scant at the moment, but there could be at least two injured.

At least one person was down, according to two people familiar with the shooting, who spoke on condition of anonymity because they were not authorized to release information publicly. The person's condition was not known. -Associated Press