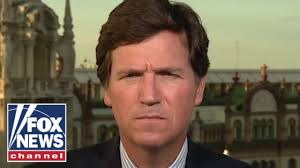 The New York Times, the "paper of record" since 1851 in the USA became a tool for China for just $100,000 a month.  It put stories out for years that were essentially nothing but Communist advertising. They and other newspapers had a deal with state run China Daily which sanitized and covered up human rights abuses like Uigher concentration camps.

The New York Times quietly deleted hundreds of advertorials that the Chinese Communist Party paid to publish on its website.

China Daily, an official mouthpiece of the Chinese Communist Party, has been purchasing advertorial spaces in the pages of mainstream U.S. media outlets for the last decade, using the space to disseminate Chinese propaganda to millions of unassuming Americans. In return, U.S. newspapers such as the Times, the Washington Post, and the Wall Street Journal received millions of dollars.

The NYT has run over 200 advertorials over the last decade,

Key newspapers helped to hide that SARS 2 was lableak and a potential bioweapon. There is blood on their hands.