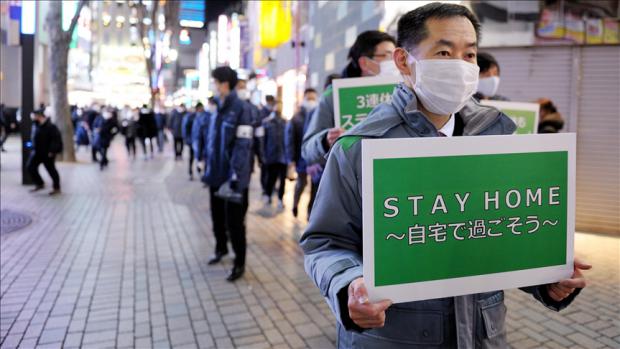 And while top medical officials, including the head of the Japan Medical Association, call for a nationwide state of emergency to contain a surge in COVID-19 cases in Tokyo and elsewhere, the government has instead been forced to limit hospitalizations only to the most severe COVID cases as worries grow about the country's health-care system being overwhelmed. Some have complained this policy might boost the COVID death toll, which remains surprisingly low in Japan despite the country's elderly population: Just over 15K people have died in a country with more than 126MM people.

As the domestic dispute over what should be done next to quell the rise in COVID cases triggered - as much as the government is loath to admit it - by the decision to hold the Olympics despite the surge, Japan is trying a new strategy: naming and shaming COVID lawbreakers.

Reuters reports that Japan has carried out the threat to publicly shame those not complying with border control measures: the government released the names of three people who broke quarantine rules after returning home from a trip overseas.

The health ministry said late on Monday that the three Japanese nationals (Reuters didn't republish the names) had clearly avoided contact with authorities after recently returning from abroad.

The announcement, the first of its kind, sparked a flurry of speculation among Japanese social media users regarding their jobs and locations.

Japan is asking all travelers from overseas, including its own citizens, to self-quarantine for two weeks, during which they are asked to use a location-tracking smartphone app to verify their location.