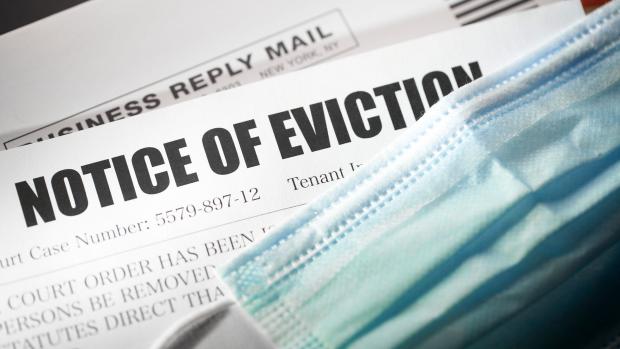 Update (1905ET): Weighing in on the CDC's moratorium extension is constitutional scholar Jonathan Turley, who says "President Biden took an oath to uphold the Constitution, not to violate it when he can use the delay in any final order to get the money out the door."

Update (1825ET): In a decision unlikely to hold up to legal scrutiny - which we assume will include an injunction, the Centers for Disease Control has issued a revised eviction moratorium - in complete defiance of the Supreme Court.

"This order will expire on October 3, 2021 and applies in United States counties experiencing substantial and high levels of community transmission levels of SARS-CoV-2," according to a statement, which adds that the moratorium "allows additional time for rent relief to reach renters and to further increase vaccination rates."

As noted earlier, the CDC's order flies in the face of a Supreme Court ruling that only Congress has the power to extend the moratorium.

Update (1710ET): During remarks on vaccines, President Biden said that the CDC would be announcing an extension of the eviction moratorium - which we assume will be promptly nullified after landlords sue.

According to the Philadelphia Inquirer, it will be a 60-day moratorium which would protect areas where 90% of the population lives.

The Centers for Disease Control and Prevention has identified a legal authority for a new and different moratorium that would be for areas with high and substantial increases in COVID-19 infections.

The extension helps to heal a rift with liberal Democratic lawmakers who were calling on executive action to keep renters in their homes as the delta variant of the coronavirus spread and a prior moratorium lapsed at the end of July. Administration officials had previously said a Supreme Court ruling stopped them from setting up a new moratorium without congressional backing, saying that states and cities must be more aggressive in releasing nearly $47 billion in relief for renters on the verge of eviction.