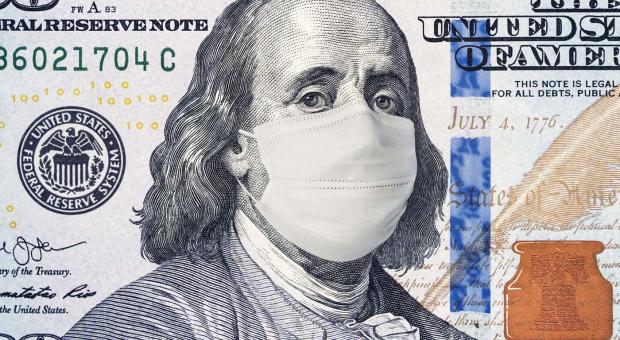 US equity markets are at fresh all-time highs; and US 10-year yields are plumbing 1.14% and trending lower. It doesn't get any more plain-sailing than that - but it is also a harbinger of a storm on the horizon.

If markets are saying we are heading for the New Normal at full speed, then we are doing absolutely no Build Back Better at all. In which case, watch out for the icebergs of social unrest and populism. If you want an example of that from the last 24 hours, consider that the US Centre for Disease Control has just announced an extended eviction moratorium. While that may allay some immediate economic pressures, it is also blatantly unconstitutional - which is why it had not been done until now. The Supreme Court already stated this is an issue only Congress can act on: and yet the House of Representatives is now already in recess until 13 September.

Of course, for all the concerned headlines about holding the ship of state together, which seem to have disappeared of late, markets are only really concerned for the very near term (and the very fast return) rather than the far off destination of the future: "Yes, society may collapse. But my fund will hopefully have outperformed the benchmark." Fair enough, perhaps. Yet markets are also failing to see oncoming ships on the horizon that lie between them and that outperformance. "I see no ships," they retort like Admiral Nelson: but it is unclear if this is echoing that famous sailor's blind confidence, or just markets being blind in both, not one eye.

The ongoing regulatory crackdown in China now encompasses electronic gaming too - in what is the world's largest e-games market. Was that on the 'Yes, they flagged it' watch-list of the canny global investors giving markets the all-clear signal from their crow's nest? This latest volley from Beijing certainly gives a new twist to the Marxist "opium of the masses" argument for those familiar with Marx – which does not appear to be anyone in that crow's nest. Where next in the private sector for the new "collective" approach to solving genuine social problems?