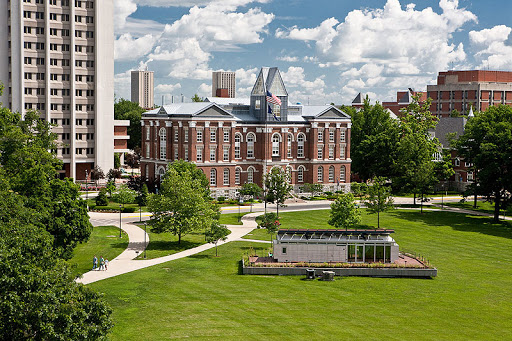 The University of Kentucky hosted a $5,000 anti-racism workshop where deans and top faculty members were instructed to accept their 'white inferiority' and filled pledges for how they will enhance diversity, equity and inclusion within their departments.

Titled 'Cultivating an Anti-Racist Mindset for Academic Administrators,' the workshop was hosted by the Center for Healing Racial Trauma last winter, and offered instruction on how to alleviate the effects of racism and prevent it.

Spearheaded by University of Kentucky psychology Professor Candice Hargons, the session involved faculty members filling out prompts about their 'chosen metric for anti-racism,' to whom they have chosen to be accountable, and the steps they've taken thus far to address it.

Fifty of the university's faculty members attended the workshop, according to an invoice obtained by the Young America's Foundation which revealed the Center for Healing Racial Trauma charged $5,000 to host it.

Details about the workshop were revealed this week amid a nationwide debate about 'woke' politics infiltrating America's education system in a way deemed dangerous by many critics.

In one of the workshop prompts obtained by College Fix, Mary Davis, dean of the UK's College of Law, pledged to 'read more anti-racism literature,' and 'force myself to accept white inferiority.'

'This one is really hard, honestly, ' she wrote.

In another, Executive Vice President for Finance and Administration Eric Monday pledged to hire more black, indigenous or people of color, with a minimum salary of $50,000.