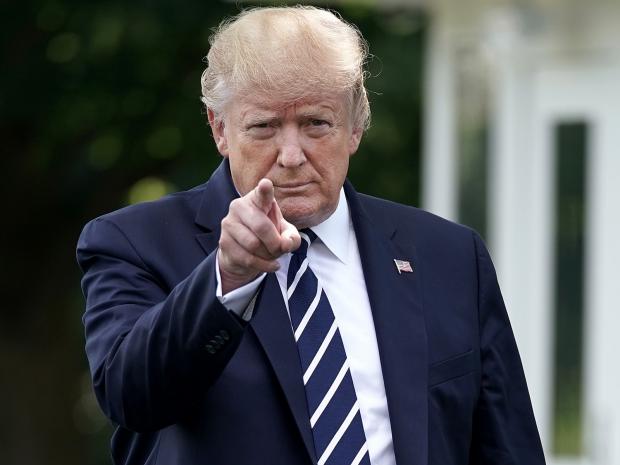 Donald Trump has trashed President Biden's $1.2 trillion infrastructure bill after it passed a key procedural hurdle in the Senate with considerable support from Republican lawmakers.

On Saturday, senators voted 67-27 to advance the bill, with 18 Republicans joining the 49 Democrats in favor of moving it forward for further negotiations.

The vote was a rare instance of bipartisanship in deeply divided Washington DC, with the bill designed to fund upgrades to US roads, highways, bridges and high-speed internet.

A recent AP/ NORC poll also found  infrastructure spending is supported by a majority of American voters of both parties. However, Trump has now released a statement claiming the costly package is a ''disgrace'.

'Joe Biden's infrastructure bill will be used against the Republican Party in the upcoming elections in 2022 and 2024. It will be very hard for me to endorse anyone foolish enough to vote in favor of this deal,' the ex-President wrote on his personal website Saturday.

He then lashed out at Senate Minority Leader Mitch McConnell, stating: 'If Mitch McConnell was smart, which we've seen no evidence of, he would use the debt ceiling card to negotiate a good infrastructure package.'

McConnell was one of the 18 Republicans who voted in favor of advancing the bill. He said in a recent speech: 'Republicans and Democrats have radically different visions these days, but both those visions include physical infrastructure that works for all of our citizens.

'The investments this bill will make are not just necessary, in many cases, they are overdue. Our country has real needs in this area.'