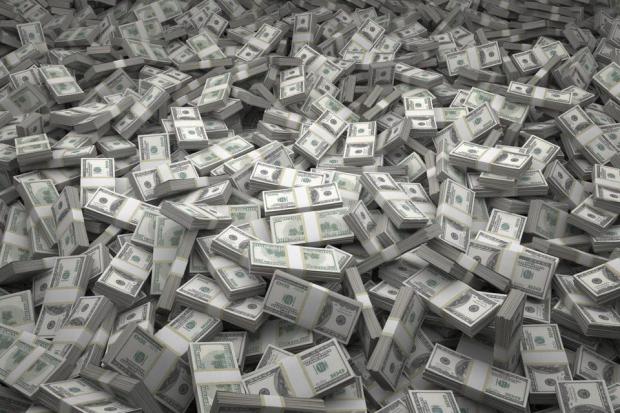 The 92-page measure lays the groundwork for legislation that over a decade would pour mountains of cash into their key priorities.

That includes money for education, health care and environmental programs plus tax breaks for families, funded in large part by tax increases on the wealthy and on corporations.

Senate Republicans immediately dismissed the plans as '92 pages of reckless tax and spending.'

The resolution is the second part of a two-pronged strategy to pass their top domestic priorities, as the Senate gets closer to passing a $1 trillion bipartisan infrastructure bill.

Taken together, Democrats hope the bills offer a progressive reshaping of government

But to succeed, they will have to overcome ferocious Republican opposition and find the sweet spot between the demands of their own progressive and moderate factions.

In a letter to colleagues setting out the plan, Senate Majority Leader Chuck Schumer said he would move immediately to the budget resolution once the infrastructure bill was passed.