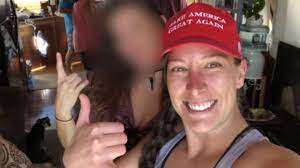 Not so! The power to use deadly force is strictly limited, even if the event was in fact a "riot" or an "insurrection" rather than simply a protest that got out of hand.

The killer's lawyer, Mark Schamel, understands that, even if journalists within the mainstream media do not. He stated, "Lethal force is appropriate if the situation puts you or others in fear of imminent bodily harm."

Well, except for the fact that what Schamel stated is not correct. The test for the use of deadly force is not whether the police officer is in fear of imminent bodily harm. The test is whether the officer reasonably believes that the subject poses a significant threat of serious bodily injury or death to the officer or others.

In other words, just because a police officer is scared that someone might do harm to him is not enough, under the law, to justify his killing the person. The police officer must reasonably believe that he is in imminent danger of serious bodily injury or death.