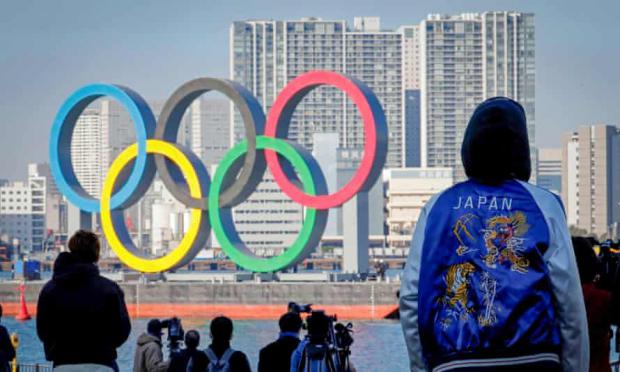 Why it matters: It's an undeniable proof point that the decline of traditional television is happening faster than initially expected. It also points to the ways media diets and interests have become more polarized and divided in the digital era.

Details: In total, the Games averaged roughly 15.5 million primetime viewers across the two weeks that NBC aired the events, according to an analysis of total audience delivery measured by Nielsen and Adobe Analytics.

That's down from roughly 26.7 primetime viewers who tuned into the Summer Olympic Games in Rio in 2016.
While that number is high compared to all other prime-time programming in the U.S., there's no question that it represents a significant challenge for NBCU, which has shelled out billions of dollars for rights for the Games through 2032.
In an interview with The Wall Street Journal, NBC Sports Chairman Pete Bevacqua said that most advertisers are being compensated for viewership declines.
Between the lines: NBCU says the declines were partially offset by digital gains, and notes that it still expects the Olympics to be profitable this year.

But it's unclear how much those digital gains have led to paid subscriber increases to its streaming service, Peacock.
Last month, NBCU said that Peacock had over 54 million sign-ups and over 20 million monthly active accounts, but it has yet to distinguish how many of those customers pay for the service, as opposed to using the free tier.
Instead, NBC said that viewership of streamed content hit a record of more than 5.5 billion minutes across NBC Sports' digital and social media platforms.
That figure includes more than 4.3 billion minutes content streamed across NBCOlympics.com, the NBC Sports app and Peacock, which NBCU says is up 22% from 2016 and 95% from 2018.
The big picture: While several temporary factors likely impacted the low numbers, like the time zone difference, a lack of compelling characters, and the pandemic, there's no question that intensifying long-term trends also played a role.