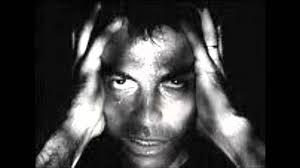 "It is incredible that this must be said, but the obvious seems to escape politicized academics, so we must state the obvious: Genocide is deliberate; it is premeditated. There is no genocide without premeditation. The murders are not unfortunate coincidences. This is why it is called "mass MURDER" and not "mass MANSLAUGHTER."

R.J. Rummel, a researcher and political scientist, defined the term "democide" as "the murder of any person or people by their government, including genocide, politicide and mass murder." According to Rummel, democide passed war as the leading cause of non-natural death in the 20th Century, and moving into the 21st Century, it not only shows no signs of stopping, it seems to be the desired and planned manner of death of hundreds of millions or even billions of innocent people around the world. In the U.S today, democide has only just begun, as this 'Covid' plot orchestrated by the ruling master class and this government continues in its efforts to cull the American population so as to advance the agendas of disease, eugenics, and death. This is being done simply to achieve total control over the masses.

Thoughts On A Crypto Crisis

Is The American Pendulum Swinging Back To Reason?

Does Gasoline Go Bad in Your RV & Generator?

An Update on That mRNA Lettuce Research

The German Government Has Proposed a Law to Criminalize Truth