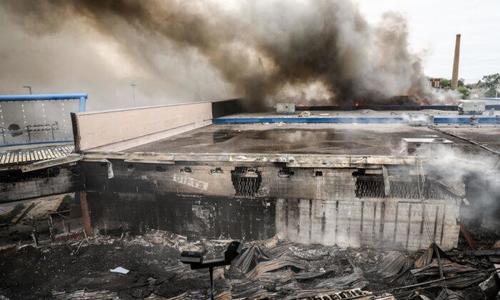 According to court documents, Rupert posted a video on his Facebook page showing him passing out explosives to others while encouraging people to hurl them at law enforcement officers during a riot in Minneapolis, Minnesota in late May 2020.

After lighting a Sprint store on fire, Rupert said, "I lit it on fire." And before entering a nearby Office Depot, he stated, "I'm going in to get [expletives]."

The next day, Rupert traveled to Chicago and filmed himself looting there. Rupert was arrested in Chicago in the early morning of May 31.

Rupert's girlfriend later told law enforcement that he traveled to Minneapolis to "riot." He himself described his intention to go to Chicago to "riot this [expletive]."

Waukesha and Kenosha Are Connected by Time, Geography and Intent to Create...