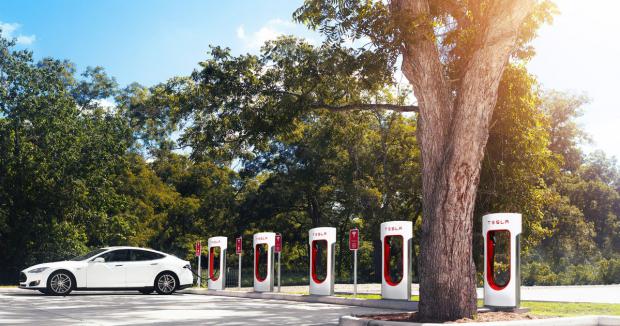 Tesla has a goal 20 million cars in 2030 and a goal of 50% more cars every year. I think the following progression is reasonable.

Solar and fixed storage would also increase. The Tesla Semi is actually the bigger potential for CO2 and pollution avoidance. Trucks generate 70% of vehicle pollution. In 2030, Tesla would be helping to avoid in the ballpark of 3-5 billion tons of CO2 per year. This would be about 1 billion tons of CO2 from the fleet of cars and about 2 billion tons of CO2 from the trucks and then another 1-2 billion from the solar and fixed battery storage. The Tesla electric car impact is not just the increase from a fleet of 1M in 2020 to around 148M in 2030. There is also the replacement of pickup trucks and vans, which are more polluting than the current replacement of sedans and small crossovers SUVs.