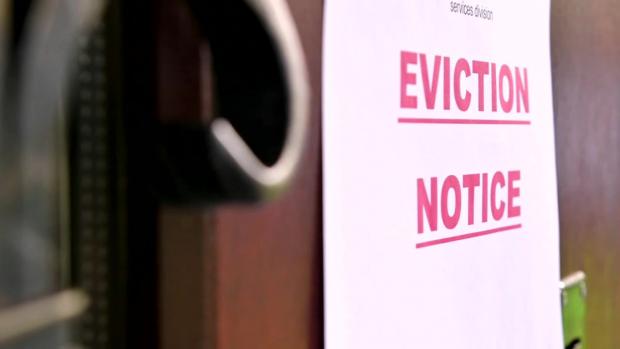 At the beseeching of congressional Democrats and the fanatical urgings of Nancy Pelosi, who called the extension of the federal eviction moratorium a "moral imperative," the Centers for Disease Control and Prevention (CDC) has issued a new nationwide ban on evictions for counties with heightened levels of coronavirus community transmission. This latest CDC order comes in spite of President Biden's candid admission that "the bulk of the constitutional scholarship says it's not likely to pass constitutional muster." In The Ethics of Liberty, Murray Rothbard attests that the "right to contract is strictly derivable from the right of private property." If private property is a keystone for prosperous societies and a fundamental tenant of common law, what happens in the aftermath of the vitiation of millions of private contracts?

A brief recap. In March 2020 under the CARES Act, an eviction moratorium was applied to all dwelling units participating in federal assistance programs. Invoking the Public Health Service Act of 1944, the CDC broadened the moratorium to cover all rental properties countrywide in September 2020. The CDC's unprecedented unilateral expansion was rationalized as a reasonable measure to combat the spread of COVID-19 by preventing crowded living conditions that would stem from mass evictions and by facilitating self-isolation. This decree, initially slated to end after three months, had been extended on five separate occasions. Rent protection programs have additionally been enacted at the state level. In some states these eviction moratoriums are scheduled to expire over the upcoming weeks. In others, they are set to continue indefinitely.

In consonance with the ethos of a free society, the United States Constitution is a document grounded in natural rights, conceived to protect private property. The Founding Fathers did not include a universal pandemic exception. The Fifth Amendment states that no one shall be "deprived of life, liberty, or property, without due process of law," but does permit private property to be expropriated with just compensation (e.g., eminent domain). The Fourteenth Amendment guarantees due process protection at the state level. According to the Contract Clause, no state "may pass a law impairing the obligation of contracts." During the eviction moratorium however, contractual obligations were voided, property was despotically taken with no compensation, and liberty was deprived without a hearing.