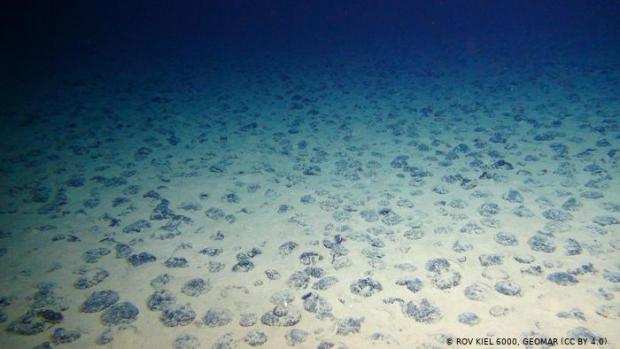 Several countries' recovery packages have ignited demand for commodities like copper, iron ore and lithium. Given that more metals are necessary for electrification and the clean energy transition, many companies are looking at an unexplored market: ocean mining.

Mining of the Deep Sea is still under study but metals are abundant on the seafloor. Reserves are estimated to be worth anywhere from $8 trillion to more than $16 trillion.

Visual Capitalist provides this infographic from Prospector provides a visual overview of the seabed mining process.

Down in the Depths

The most prolific area for ocean mining is the Clarion Clipperton Zone (CCZ) in the Eastern Pacific Ocean, between Hawaii and Mexico. Almost 20 international mining companies have contracts to explore the region which spans over 5,000 kilometers.

Most of the metals are found in potato-sized rock-like polymetallic nodules. Millions of years old, the nodules grow by absorbing metals from the seawater, expanding slowly around the core of shell, bone, or rock.

It is estimated that there are 21 billion tonnes of polymetallic nodules resting on the ocean floor in the CCZ, containing an estimated:

226 million tonnes of copper – about 25% of land-based reserves

94,000 tonnes of cobalt – about six times as much as current land-based reserves

Cobalt-rich ferromanganese crusts are found on the sides of underwater mountain ranges and seamounts. Similar to nodules, these crusts form over millions of years as metal compounds in the water. Roughly 57% of them are located in the Pacific.