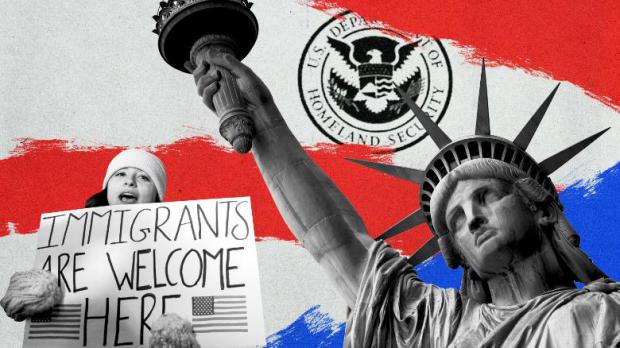 More known or suspected terrorists than recorded in previous years have crossed the southern border in the midst of Joe Biden's migration crisis, according to a video from the outgoing Border Patrol chief.

National security is more at risk than just the humanitarian crisis, Rodney Scott warned his 19,000 agents before retiring on August 14 in a video message obtained by the Washington Examiner.

'Over and over again, I see other people talk about our mission, your mission, and the context of it being immigration or the current crisis today being an immigration crisis,' Scott said. 'I firmly believe that it is a national security crisis.'

'Immigration is just a subcomponent of it,' he added, 'and right now it's just a cover for massive amounts of smuggling going across the southwest border — to include TSDBs at a level we have never seen before. That's a real threat.'

TSDB, or Terrorist Screening Database, is used to refer to known or suspected terrorists identified in the FBI's system.

The number of these individuals has drastically increased in the midst of the border crisis, which has seen a 21-year high in encounters with Customs and Border Protection (CBP) with illegal immigrants.

While Border Patrol did not deny that the number of terrorist encounters has increased, they did assure that there are systems in place to make sure these individuals are stopped from crossing in the first place.