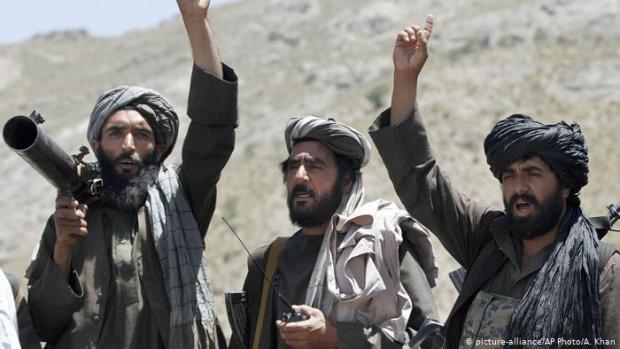 The Taliban may be trying to convince the world this will be a far more tolerant regime than last seen in 2001, but the leaders who will take over Afghanistan remain a group of veteran jihadists with a blood-stained history.

Many founders of the original Taliban are still in leadership positions today as the militants take control of Afghanistan, while others are the sons of founders who have since died or were killed in action.

After the deaths of former chief Mohammed Omar and his successor Akhtar Mohammad Mansour in less than 12 months, the leadership is held by Haibatullah Akhundzada. Dubbed 'Leader of the Faithful', the Taliban's Supreme Commander who has the final word on its political, religious and military policy.

Despite being the now-obvious choice, there is speculation that Akhundzada may not become the front-facing leader of the new Islamic Emirate of Afghanistan - the full name of Afghanistan under the new Taliban rule.

Under Akhundzada sits three deputies. In addition to Mullah Yaqoob, there is Mullah Abdul Ghani Baradar and Sirajuddin Haqqani, with the three being described be one Western official as 'the just-about-OK, the bad and the very, very ugly'.

Mullah Abdul Ghani Baradar - who arrived back in Afghanistan today after 20 years in exile - is perhaps the most well-known and senior. He was the co-founder of the Taliban along-side Mullah Omar - who bestowed the title 'brother' upon him as a sign of affection. Some have suggested he may take up a prime-ministerial role under the new regime.