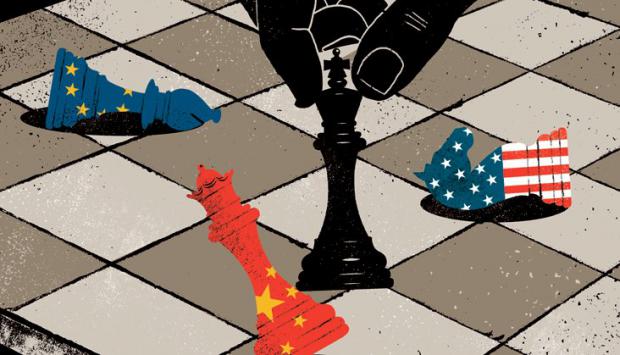 Governments, of course, are Rube Goldbergs on steroids. They have a penchant for making any task absurdly complicated, expensive and, ultimately, dysfunctional.

Whilst this is the norm in any era, we're presently living through a period that's becoming overwhelmingly confusing worldwide. The governments of the First World countries are pushing a whole series of mismatched agendas all at the same time. They seek to present a uniform objective, but even they cannot manage much consistency of purpose. Although all of the First World countries (US, UK, EU, Canada, Australia, New Zealand, etc.) are fully on board, there's no real match-up in their game plan, or even their statements as to what the end goals are meant to be.

There are several main themes: the purported evil of the Second World leaders and the need for First World aggression toward them, even though no one on the other side seems to want to engage. The reinvention of society in which basic truths are turned on their heads and replaced with new, often ridiculous "truths" that no one seems to fully understand, even when they're rabidly promoting them.

And, of course, the COVID scare. COVID-19 was identified early on by a few observers as a lab-created variation on the seasonal flu that was consciously released in several countries at the same time as it was released in its "source" country. It was then hyped to be a killer disease that would create a pandemic.