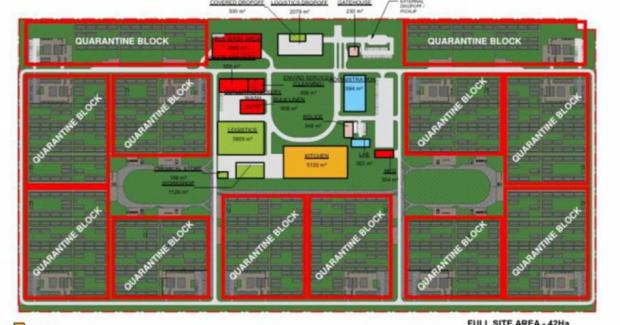 In late 2019, before the China-virus was known to the world, very few – if any – people could have even imagined that a civilized western nation would be building facilities that government thugs would be forcing citizens into against their will.

Well, a year-and-a-half later, that's exactly where we are.

The Government of Australia will be building what they call a "mandatory quarantine accommodation" which is set to open its first phase in "early 2022." This will be the second of such facilities in the country and when it is finished it will be able to hold up to 3,000 in isolation as they quarantine.

As if it was straight out of Orwell's 1984, the camp will be named 'The Center for National Resilience' and government health officials are calling the experimental jab the golden "ticket to freedom."

Back to reality – Police Officers who are accompanied by the military have already been coming to people's homes and taking them away as they conduct random "welfare checks" and follow-up tips about rule-breakers who have been ratted out by their fellow citizens.

Australian Student Has a Chilling Warning for Every American