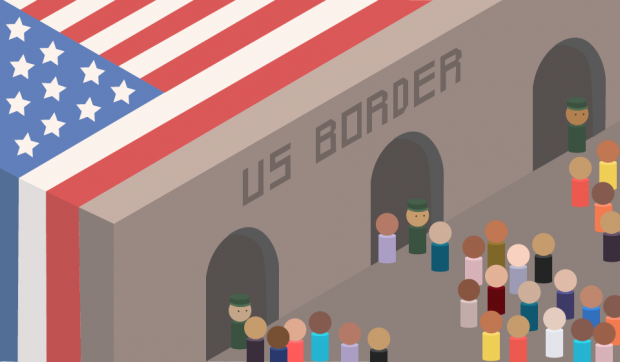 One recent example was Stephen Miller, a former Trump advisor, who appeared on Tucker Carlson's show, where he lamented Biden's supposed "open-border policies." Another was Louisiana Senator John Kennedy, who appeared on Fox and Friends, where he complained that Biden is an advocate of "open borders."

Needless to say, the hosts of these Fox shows displayed no pushback on these remarkable claims. In fact, quite the opposite. As conservatives, they sympathized with the views of their guests. One of the commentators on Fox and Friends even lamented that Biden isn't continuing the construction of the Trump Wall along the border.

Meanwhile, Noora Barakat, who works at the Vera Institute of Justice, writes, "This week, the Biden administration will officially launch accelerated deportation proceedings for asylum-seeking families in 11 cities across the country."

Let's be clear: The only people who favor open borders, rightly understood, are libertarians. Democrats and progressives and Republicans and conservatives (and, to be fair, some conservative-oriented libertarians) favor America's system of immigration controls.