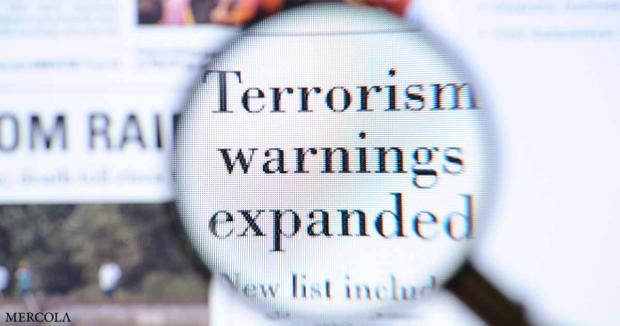 Over the past 18 months, COVID countermeasures have become increasingly tyrannical, and we now appear to have reached a new high (or low, depending on your perspective). The U.S. government is actually viewing citizens who exercise their Constitutional rights as domestic terrorists, enemies of the state.

As reported by Daisy Luther with The Organic Prepper,1 "Shocking and dehumanizing discrimination against the unvaccinated is about to make life VERY difficult." She is, of course, referring to the media and government narrative that if anyone gets infected with SARS-CoV-2, it's the fault of some germ-ridden disease-spreading unvaccinated person.

Public officials and media pundits alike are seemingly intentionally fanning the flames of unveiled hatred against those who choose to not participate in the world's largest medical experiment and get a novel injection that programs your body to produce a disease-causing protein, the full ramifications of which won't be known for years.

Dr. Bryan Ardis Follows The Money to Reveal Why Hospitals Are Killing Their Covid Patients

Damn you to Hell the COVID Conspiracy is Real