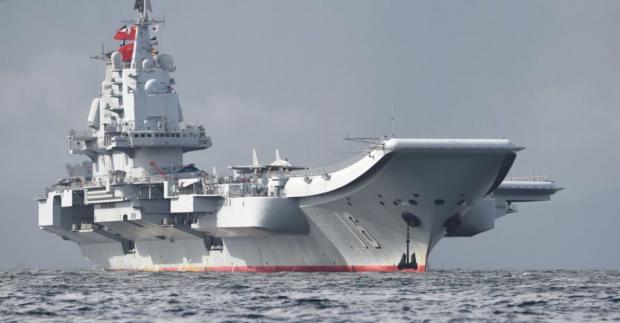 While attempting to brush off the ongoing catastrophe in Afghanistan, US Vice President Kamala Harris is pursuing her long-awaited tour of Southeast Asia, with stops in Singapore and Vietnam. Here, she has accused Beijing of "intimidation" and "coercion" in the South China Sea, a key strategic waterway which Beijing has long claimed as its own via the 'nine-dash line'. The US has for some time made resisting China's claims in this region a staple of its foreign policy, incorporated under the 'Indo-Pacific Strategy', wherein it sought to increase its naval presence in the contested waters through 'freedom of navigation' exercises and encourage allied countries to do the same.

Roughly a year ago, Mike Pompeo officially denounced the nine-dash line as illegitimate, with Australia following suit. The anti-Beijing narrative seeks to simplistically portray the South China Sea situation as an example of 'expansionism' and 'aggression' by China. This may seem logical to some, given it puts the surrounding countries in an uncomfortable situation, but is this really the case? Is there not more to this story? Every coin has two sides, and the South China Sea debacle is in fact a reaction to Washington's growing anti-China policies, a cycle of escalation which commenced in the Obama era, as opposed to the simplistic interpretation of 'aggressive' or 'ambitious' behaviour towards Beijing. It is less specifically about third-party countries, as much as they may be aggravated by it, and more about responding to America's attempts to encircle and militarize China's periphery. This created a loop, kicking off with the 'US pivot to Asia' and subsequently intensifying.

Of course, there is a reasoned historical background to this. If one only consumes mainstream media coverage, you might be inclined to believe that China one day 'decided' that it ought to own the South China Sea. It is conventional enough to conceive it that way, but in fact the 'nine-dash line' map is a territorial and maritime claim which pre-dates the existence of the People's Republic of China itself, and was a claim advocated by the predecessor Republic of China State (the government of which is now in Taiwan, and still officially claims this boundary) in 1947 as part of a UN haggling.