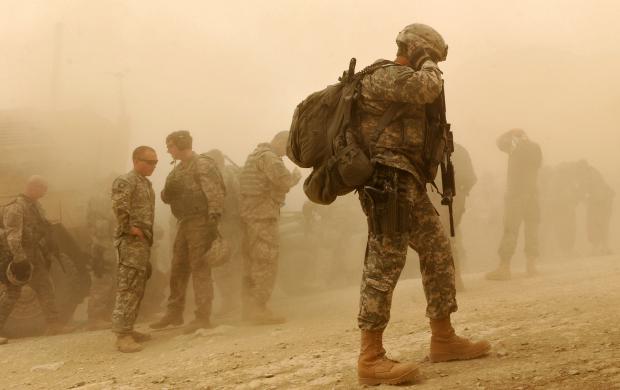 On MSNBC the other night, Rachel Maddow told a story about visiting Afghanistan a decade ago. She described being taken on a tour of a new neighborhood in Kabul of "narco-palaces," what she called, "big garish, gigantic, rococo, strange-looking places" that hadn't existed before the Americans arrived. This was said to be symbolic of the "fantastically corrupt elites" among the Afghan political class who put themselves into position to siphon off big chunks of the "billions of dollars per month" we sent into the country.

Noting that, "the U.S. effort and expenditure in that country did build some stuff, roads and waterways and schools," Maddow decried the fact that "so much of what we put in by the boatload was shoveled off by a fantastically corrupt elite." She showed video of Taliban conquerors lounging around in the tackily furnished homes of former Afghan officials in Kabul, pointing out that, "dictator chic is the same the world over." In a not-so-subtle dig at Donald Trump, she added, "And they really like gold fixtures."

From Vietnam to Iraq to Afghanistan, the pattern of American officials showering questionable political allies abroad with armfuls of cash is a long-established practice. However, the idea that this is the reason the "missions" fail in such places is just a continuation of the original propaganda lines that get us into these messes. It's a way of saying the subject populations are to blame for undermining our noble efforts, when the missions themselves are often preposterous and, moreover, the lion's share of the looting is usually done by our own marauding contracting community.