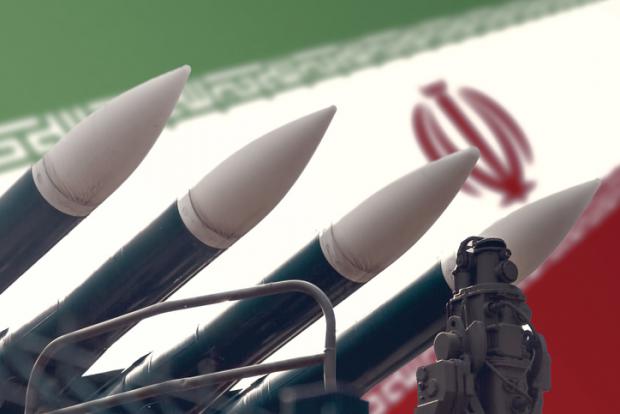 Gantz made the statements in front of an assembly of 60 ambassadors in Tel Aviv, while calling on the international community to create a new prevention plan separate from the 2015 Iran nuclear deal.

'Iran is only two months away from acquiring the materials necessary for a nuclear weapon,' Gantz told ambassadors.

Iran entered into the 2015 nuclear deal with the United Nations Security Council which limited their stockpiles of uranium and the number of facilities that could be used to enrich the material, a key step in the development of nuclear weapons.

Iranian authorities largely abided by the terms of the 2015 deal until 2019, when they announced they had exceeded the limitation on their stockpile of low-enriched uranium.

Tehran later declared it would no longer comply with the terms of the deal after Iranian general Qassem Soleimani was killed in an American drone strike in January 2020.

Gantz' comments come just one day before Israeli Prime Minister Naftali Bennett is expected to present an alternative plan for Iran's nuclear capabilities to US President Joe Biden at the White House on Thursday.

Bennett has been critical of the existing nuclear accord between Iran and world powers, and said any future agreement must also take into account Iran's regional aggression.

Recent months have seen a string of attacks on Israeli-connected shipping, believed to have been carried out by Iran.

Earlier this week, Bennett told his Cabinet he would tell the American president that 'now is the time to halt the Iranians, to stop this thing' and not re-enter 'a nuclear deal that has already expired and is not relevant, even to those who thought it was once relevant.'