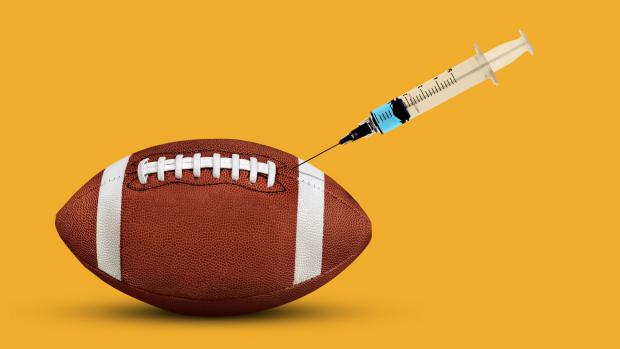 "Yeah, of course," Belichick said at a news conference. "If we couldn't gain anything by practicing, then why do we practice?"

As the NFL season nears, the competitive implications of a team having an unvaccinated quarterback have been underscored. Minnesota Vikings starter Kirk Cousins was quarantined early in training camp as a high-risk close contact. Lamar Jackson, the former league MVP for the Baltimore Ravens, was sidelined while in isolation after testing positive for the virus for a second time. Newton will miss two joint practices with the New York Giants before he's eligible to return to the Patriots' facility Thursday.

The NFL has fared far better than the country as a whole with its vaccination rate. The league said earlier this month that 91.7 percent of NFL players had received at least one vaccine dose. That figure undoubtedly has fluctuated - and perhaps gone down - as teams have begun releasing players to reach league-mandated roster limits. But Dallas Cowboys owner Jerry Jones said in a radio interview Tuesday he believes the NFL's approach has been "very successful" during teams' training camps this summer, even amid the spread of the highly transmissible delta variant.