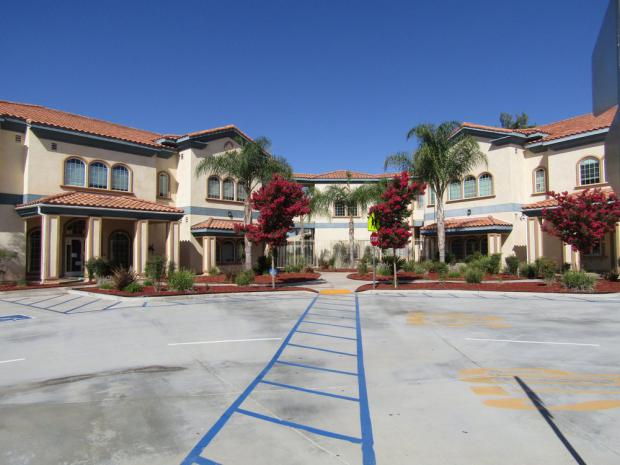 Two siblings were banned from a charter school in California after they refused to wear masks because of religion reasons, as the whole campus was placed on lockdown.

Victoria and Drew Nelson, of Temecula, were forced to leave school grounds on their first and last day of class at Springs Charter School.

Administrators said the students were asked to either comply to wear the mask or leave their classrooms.

Drew, a senior, was sent to the principal's office but when Victoria refused to leave the classroom, her teacher evacuated the students in her class and blocked Victoria from following them.

'When I would go left, she would follow me. I was trying to go around her and she would block me so eventually I just gave up,' Victoria, who was a junior, told FOX in an interview after the incident.

She recorded a conversation she had with the principal after she was called in.

'I need you to stand up or we will have to physically remove you from the classroom,' said the principal.

After the incident, the school released a statement saying there are not religious exemptions for mask mandates in school settings in the state of California.

Victoria said she loved the school and would miss it, but was disheartened by how she was dismissed.

She told Fox she wasn't making up excuses to avoid having to wear a mask, and that she was standing up for what she believed in.

'We thought the school would care about what be believe in, but they didn't even care enough to listen.' she added.