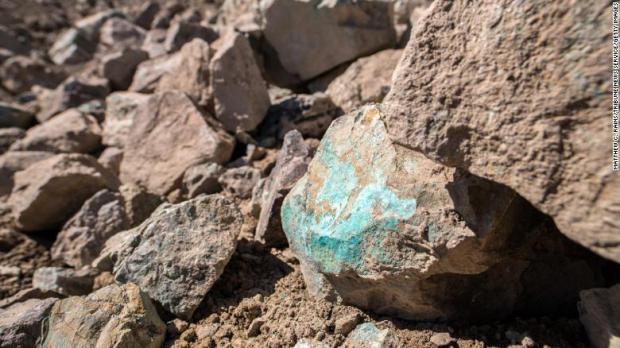 President Joe Biden's decision to rapidly and completely withdraw from Afghanistan makes even less strategic sense if readers go back to our 2010 post where we quoted "Confessions of an Economic Hit Man: Part 2, the 21st Century paradigm"? Which said,

"Yet the American officials also recognize that the mineral discoveries will almost certainly have a double-edged impact. Instead of bringing peace, the newfound mineral wealth could lead the Taliban to battle even more fiercely to regain control of the country."

"Which is why it will be best to have the US military not only stay in Afghanistan indefinitely but to get a million man reinforcement surge."

Readers have known for a while Afghanistan was never about the opium trade or the war on terror but rather the massive deposit of minerals essential for renewable energies.

So in the Economic Hit Man context, why would the Biden administration suddenly pull out of Afghanistan after 20 years if the play all along was about securing rare earth metals?

We don't want to speculate the Biden administration's intentions, nor do we have any idea. Still, one thing is sure is that the Taliban now control the world's largest lithium deposits is becoming friendly with China.

Conservative media outlet Free West Media says new relations between the Taliban and China could increase its global dominance in green energies, such as the lithium-ion battery supply chain market.