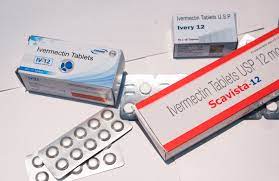 Amid the current delta-fueled wave of COVID-19, officials have noted a dangerous surge in the misuse of a deworming drug routinely used in livestock. The result is an uptick in calls to poison control centers, empty shelves in farming supply stores, and pleas from regulators.

In an attention-grabbing tweet over the weekend, the Food and Drug Administration wrote bluntly: "You are not a horse. You are not a cow. Seriously, y'all. Stop it."

The agency stressed that the drug, ivermectin, is not FDA-approved to treat or prevent COVID-19 and, so far, there is no evidence that it does either of those things. However, it can cause serious side effects and overdoses, which can be life-threatening, the agency warned. Overdoses can result in nausea, vomiting, diarrhea, hypotension (low blood pressure), allergic reactions (itching and hives), dizziness, ataxia (problems with balance), seizures, coma, and even death.

Prior to the pandemic, ivermectin had been used for decades to prevent and treat parasitic infections in people and animals. At low concentrations, the drug interferes with specific ion channels that are found in parasitic nematode worms, but not in people or animals. The ion channel disruption in nematodes results in paralysis and keeps the worms from feeding and reproducing. As such, ivermectin is routinely used in small animals, such as dogs and cats, to prevent heartworm infections. In large livestock animals—including cattle, horses, pigs, and sheep—it's used as a deworming drug.

In humans, the FDA has approved ivermectin tablets to treat conditions caused by parasitic intestinal worms as well as topical formulations for some external parasites, like head lice. But it's critical to note that the ivermectin drugs available to people involve relatively small doses and are in formulations known to be safe for human use. The over-the-counter livestock drugs, on the other hand, are not formulated for human use and have much larger doses for the animals' much larger bodies. At higher concentrations, ivermectin begins to interfere with not just nematode ion channels, but other types of critical channels in humans and animals, like neurotransmitter channels. This can be extremely dangerous.