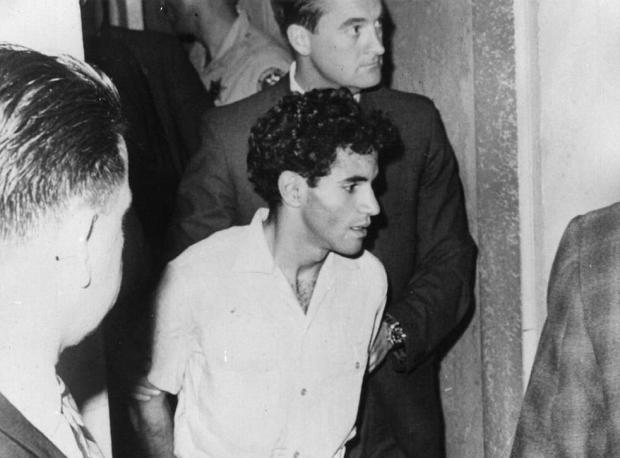 The man who was convicted for killing Senator Robert F. Kennedy in 1968 is likely to be paroled Friday after the Los Angeles District Attorney has said he won't argue against his release.

Sirhan Sirhan faces his 16th parole hearing Friday for the 1968 killing, and for the first time no prosecutor will be there to argue he should be kept behind bars.

Los Angeles County District Attorney George Gascón, a former police officer who took office last year after running on a reform platform, says he idolized the Kennedys and mourned RFK´s assassination but is sticking to his policy that prosecutors have no role in deciding whether prisoners should be released.

Sirhan told the panel in 2016 that if released, he hoped he would be deported to Jordan or live with his brother in Pasadena, California, where the family has owned a home since 1963.

His brother, Munir Sirhan, has said in the past that he and Sirhan are the only living members of their family that remain and he welcomes his brother's return.

That decision is best left to California Parole Board members who can evaluate whether Sirhan has been rehabilitated and can be released safely, Gascón told The Associated Press earlier this year. Relitigating a case decades after a crime should not be the job of prosecutors, even in notorious cases, he said.

A Twofer Tonight at FFF