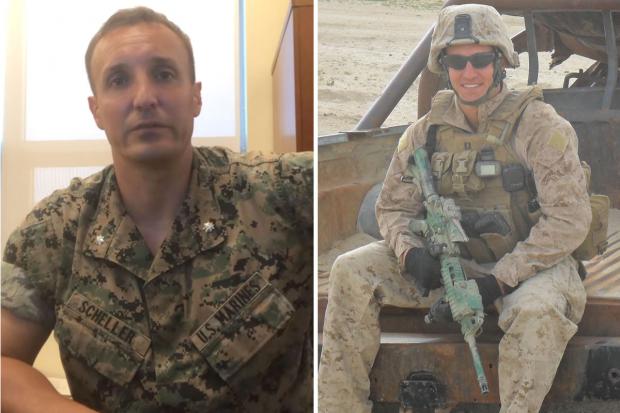 The Marine battalion commander who was relieved of his duty for warning superiors over the Afghanistan exit strategy says he will bring 'accountability' and that the military 'needs a revolution.'

Lt. Col. Stuart Scheller has spoken out for the first time since he was removed from his post in new comments to the New York Post.

Scheller had released a video to Facebook in which he called out Defense Secretary Lloyd Austin, Chairman of the Joint Chiefs of Staff Gen. Mark Milley and others for not 'raising their hands and accepting accountability or saying, 'We messed this up.''

'The baby boomer's turn is over,' Scheller told the New York Post on Saturday. 'I demand accountability, at all levels. If we don't get it, I'm bringing it.'

The New York Post also spoke with Scheller's family and Marines he has served with, who praised his 'courage' for speaking out.

Juan Chavez, 33, served under Scheller from 2011 to 2014 and called him a 'magnificent leader' and 'a breath of fresh air' in comments to the New York Post.

'It takes real courage to do what he did and that was Stu all the way,' Chavez said.

Stuart Scheller Sr., his father, called him 'the real deal' and 'a Marine's Marine' who idolized his grandfather, a World War II vet who landed on the beach at Normandy.