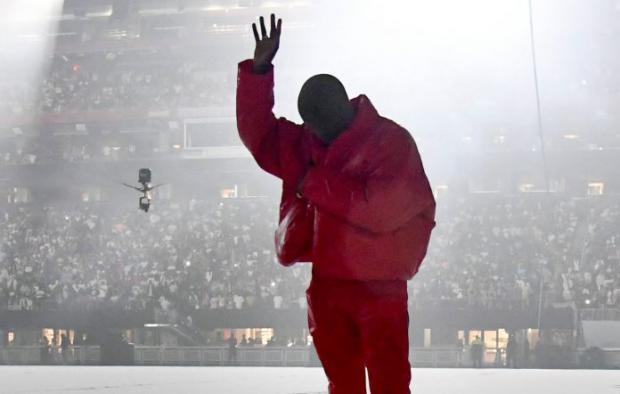 The 27-song record reached the milestone on the Global Spotify Chart on Sunday, according to ChartData, marking it the platform's second-biggest album debut of all time.

The date however has not been verified by the streaming giant itself as yet.

It's a promising sign for the 44-year-old rapper, who took to Instagram over the weekend to claim that Universal had released the LP without his permission.

However, he is still one step behind his arch-rival Drake, who has the biggest debut of all time for his fifth album Scorpion, which clocked 132 million streams.

However, as UpRoxx reports, the album was released around 8am, and not the usual time of midnight set for most albums, meaning this was based on just 16 hours of listening time.

If extra time was included the streaming figures may have soared past Drake.

Drake confirmed today that his new album Certified Love Boy will be released this Friday, Sept. 3.

Meanwhile, the release of Kanye's Donda has been anything but smooth.

After a year-long delay, the rapper began holding a number of controversial listening parties, one that included the likes of Marilyn Manson, DaBaby, and his estranged wife Kim Kardashian in a wedding dress.