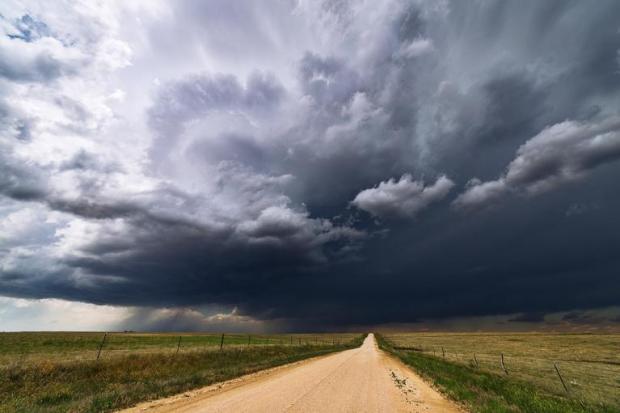 In Dallas, we didn't often think about hurricanes, though we did have tornadoes and severe thunderstorms. Ditto for earthquakes. North Texas is pretty stable, geologically speaking.

Now hurricanes and earthquakes are part of normal life. We expect them to happen, and indeed they have happened since we came here. They weren't too bad but could have been much worse. So, we have plans and precautions to deal with them, as does everyone else here. Last year, a hurricane came through and decided to drench the eastern part of the island and simply miss us. We had no wind or rain. But we were prepared, as were our neighbors. It's just part of life. But then that same storm tragically devastated the Bahamas.

I was thinking about this in connection with my Sandpile letter, which we again reposted recently. Like those fingers of instability, our ability to predict the weather is far less than perfect. Technology can tell us when hurricanes/tropical storms are out there and the general direction they are moving. It's still far from certain exactly where they will make landfall, and how strong they will be at the time. They can leave one corner of this small island devastated and the rest untouched.

So, the prudent course is to prepare for the worst, hope for the best—a trite saying but in this case it's true. We would rather be overprepared than caught by surprise.

Investors face hurricanes, too, with even more uncertainty. The storm could hit someone else, or go back out to sea and dissipate. Do you bet everything that it will? I don't.

Right now, several potentially big storms are brewing. They could be minor annoyances or catastrophic disasters, or anywhere in between.

I truly hope they all resolve with minimal fuss. But they may not. They could even combine into a perfect storm of even greater magnitude… so now is the time to prepare.