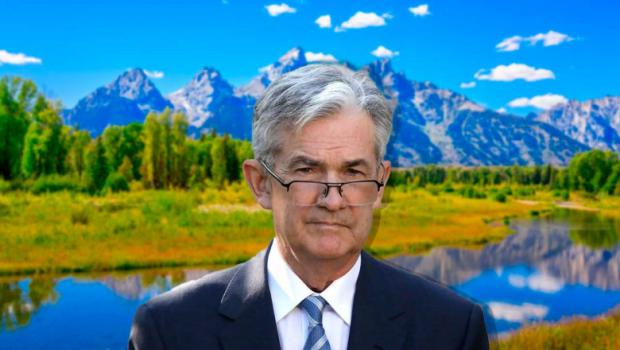 Everybody expected a hawkish speech outlining the Fed's plan to taper quantitative easing. Instead, Powell tapered the taper talk.

The economic summit was titled "Macroeconomics in an Uneven Economy." Financial analyst Jim Grant suggested a better title would be "Gasoline on Housefire," or "Hoses in a Hurricane."

Because $120 billion dollars a month [in asset purchases] in an economy that is bounding and running with good health – the stock market is at all-time highs, 4,000-year lows in interest rates, and on and on – you wonder, why is the Fed still in crisis mode?"

Most people were anticipating Powell would use the moment to unveil the plan to begin a taper of quantitative easing. Up to that point, the taper was only talked about as a hypothetical. Even as the central bankers have hinted at tapering, the Fed has continued to monetize around $120 billion in debt every month. As Peter reminded us, a taper doesn't mean the Federal Reserve will stop asset purchases altogether. It will just slow them down. A slightly looser monetary policy doesn't mean tight monetary policy.

Leading up to the speech, several Fed presidents expressed their preference for a fall taper. The expectation was that Powell would echo those sentiments, but also put some teeth in them by clarifying exactly what taper would entail.

At this point, nobody has any idea how much tapering the Fed will actually do, or how long the first taper will go on before it cuts asset purchases further. And there is no hint on how long it will take to wind QE down completely. As Peter pointed out, this is important information to know.