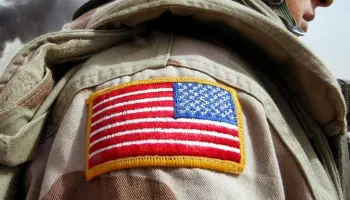 "Let us resolve that never again will we send the precious young blood of this country to die trying to prop up a corrupt military dictatorship abroad. This is also the time to turn away from excessive preoccupation overseas to the rebuilding of our own nation. America must be restored to a proper role in the world. But we can do that only through the recovery of confidence in ourselves…. together we will call America home to the ideals that nourished us from the beginning."—George S. McGovern, former Senator and presidential candidate

It's time to bring all our troops home.

It's not enough to pull American troops out of Afghanistan, America's longest, bloodiest and most expensive war to date.

It's time that we stop policing the globe, stop occupying other countries, and stop waging endless wars.

The U.S. military reportedly has more than 1.3 million men and women on active duty, with more than 200,000 of them stationed overseas in nearly every country in the world.

MEAT in Your COMPOST!? | Learn to compost anything!!

Tucker: You're being instructed not to notice this